Two weeks after the New Years Day 5 mile race I was eager to throw it down at the Subzero Race Series 5K. It’s a race series that takes place every other Saturday at 3:00 in the afternoon with distances building from 5K to 5 miles, and ending with a 1 mile race to call the series distance a half marathon. I signed up for the series last winter and only completed two of the races, because winter.

Winter came in a fury with a frustrating sleet/ice storm the night before the 5K. In my warm-up before the race I very seriously considered going home because of how icy the course was, it wasn’t worth the injury risk and I have nothing to prove. Pre-race I met with some friends and stuck around to start the race. It was a slow-for-me 5K but I finished upright and with a smile.

Aside from that, January has been relatively productive. I’m definitely putting in more yards and run miles than I have in past winters. My bike training is not feeling as strong, but I’m not too worried about it quite yet. I should have all of April and May after my marathon to put more attention to the bike.

Speaking of marathon… I’m silently, patiently(?) waiting to feel more confident in operation-wtf-am-i-doing-BQ. It’s early, but it’s not. Race day will creep up quickly. I’ve been doing speed work on the treadmill and putting in a decent amount of miles, plus extra yoga and strength training to feel strong.

My most recent long run was a tough 16 miles. I didn’t incorporate any speed work or race pace intervals in this one because I had 20-30 mph wind gusts to battle. I also had to wait until the afternoon to begin the run after streets/sidewalks were clear of a fresh 5 inch snowfall. Waiting to start my run in the middle of the day is tough for me. It’s an all-morning fight with my appetite. I’m hungry, but I have to eat just right before a long run. I feel antsy, cranky, and I JUST NEED A RUN.

When I finally got to start my run my legs felt clunky for the first few miles. My clunky-sluggish pace is still faster than what I was aiming for a few months ago. It’s easy to squirm and feel like the eight minute mile marathon is so out of reach, but my progress in pace is there. I see it. I’m proud of it! I just need to keep on keeping on. 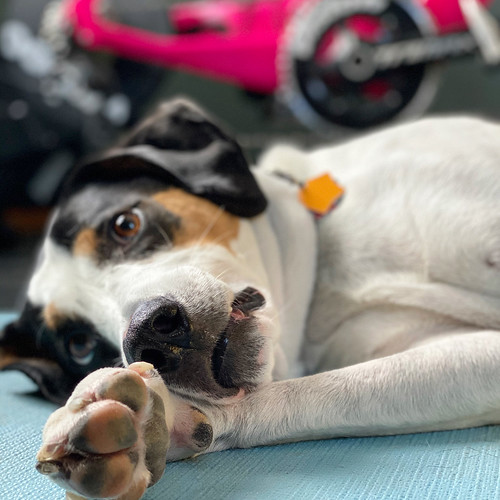 #tranformationtuesday - First picture, just a few days ago at a 1 mile race. You can’t tell with this photo of both feet on the ground, but I ran my fastest mile ever in 6:50. ⠀ Second photo - December 2017, at the start of my 40 lb weight loss, around 5 lb loss at that point. 7:57. ⠀ Lots of hard work, core work, strength training, diligence in nutrition, GUTS, and humbling speed work. ⠀ Note “guts” - meaning going for paces that weren’t part of my runner identity and not being afraid of what happens if I run too fast. It’s nontraditional training, sometimes it works, other times I learn. ⠀ Turns out, “too fast” has some motivating endorphins & I really enjoy chasing after it! 😁
Still looking for that magic long run where everything clicks. Not today, but I’ll keep showing up until I find it! ⠀ 🏃🏽‍♀️ notes: 14 miles Fastest split 8:01, slowest 8:42. Didn’t walk any Arboretum hills. 40 degrees ☀️ shorts weather! ⠀
You can call me Pissy Pants. ⠀ The note reads: 1 mile @ pee yourself pace. ⠀ 6:50 at the @movinshoesmadison Subzero 1 mile race. ⠀ So 7:50s will feel like a piece of cake now, yes?
What kind of stroke can you use on toast? The BUTTER-fly! 😅 ⠀ Happy Friday, yay weekend swimming, biking & running!