After Coeur Sports Camp ended I still had an entire week of California to enjoy. I had Monday and Tuesday to do my thing, and then Wednesday through Friday to attend the Social Media Marketing World Conference. I thought of all the things I might do with my free time on Monday and Tuesday before the conference, except for the part where I’d be depleted of energy after the triathlon camp!

On Monday I dropped off my car rental, checked out of one hotel, and then dropped off luggage at my next stay. That was a bit of a time and energy suck, but once that was taken care of I was free to roam San Diego. I had an Uber drop me off at the Seaport Village. It was a nice, casual way to spend the afternoon. There was a forever-long walkway alongside the harbor with endless shopping and dining. I enjoyed some lunch and an ice cream cone while exploring the Seaport Village. Keeping my energy levels in mind, I found a lowkey ship tour that cruised the harbor where I could sit, relax and learn some history of the scenery.

After my afternoon of exploring Seaport Village, I went back to my Air bnb and fell into a deep sleep nap. It was so good and needed. Traveling is so exhausting! When I woke up my Air bnb hostess was home and gave me some suggestions of things to see and do, but all I wanted to know was where to catch the sunset. She suggested the Sunset Cliffs, but warned me I might not make it in time. I rallied. My Uber drive rallied. I got to enjoy a superb sunset! 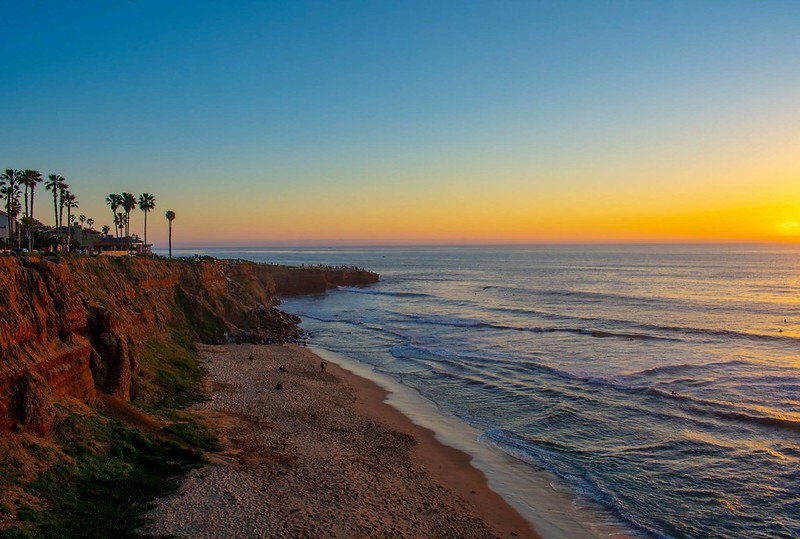 On Tuesday I got to check off a bucket list item. I went surfing! I don’t know what it is about the idea of surfing that pulls at my heartstrings, but I had to try it! You probably already know this, but it’s a lot harder than it looks! There is an art to the timing, and having strong legs and core muscles helps too!

The hardest part about it was the act of swimming out with the board. The ocean waves are powerful. Relentless. They give no fucks. They will push you back four feet. They will toss you under. Ocean waves win every wrestling match.

I don’t know how many times I was tossed aside from the surfboard, or how many times I actually got up. I got gallons of salt water up my nose. It was truly an awesome experience and I can’t wait until I have the chance to try again.

It was a good thing that I had to attend a three-day conference next in my trip because surfing took every last ounce of energy from me! The conference was interesting. There are a lot of changes coming to social media platforms that we know and love today. That’s the nature of social media though. It’s always transforming, and it’s my job to stay in touch with where it’s heading. You’re not here to read about that though, you’re here for the adventures!

The last adventure I had in California was a long run on Friday afternoon. I wasn’t originally planning on it, but the thought of running in cold Wisconsin on Sunday after my return wasn’t appealing. There was sunshine in California! I intended on soaking in every last bit.

I asked around on my personal social media feeds for suggestions on where to run. A few people suggested the Torrey Pines Natural Reserve. I have never been there and it sounded nice enough. My Uber app quoted me $21.00 to get there, to which I responded with “Challenge accepted”

Instead of having an Uber take me there I decided to save a few bucks and run there! I had an Uber drop me off at Mission Beach and then I navigated my way towards the Torrey Pines. I didn’t have a planned route and did not know the way other than keeping the ocean to my left. I ran through some beautiful neighborhoods with a lot of hills, palm trees, cyclists, runners, beaches, small parks, flowers, sea lions, and sunshine. I’m grateful that my tired body played along.

Twelve miles in I arrived at the Torrey Pines. It wasn’t as run-able as people had suggested, but it was breathtakingly beautiful. Or maybe I was out of breath from all the running. It didn’t matter. It was incredible to be there! I stopped my Garmin and explored the trails, navigating my way down a very steep bluff to get down to the beach. Once I was on the beach I resumed my run and realized very quickly that it was a nude beach.

Not only was this park and beach incredibly beautiful, now I was running by naked people and I didn’t think this run could get any more epic. After my jaunt up and down the nude beach I made my way back up the bluff to head back towards Mission Beach. I had one Gu left so I thought I better stop at the retail shack and buy a quick candy bar and refill my water, except it wasn’t a retail shack. It was a busy family picnic. I refilled my water and helped myself to a lemon bar from their dessert tray and then I was on my way back towards Mission Beach! 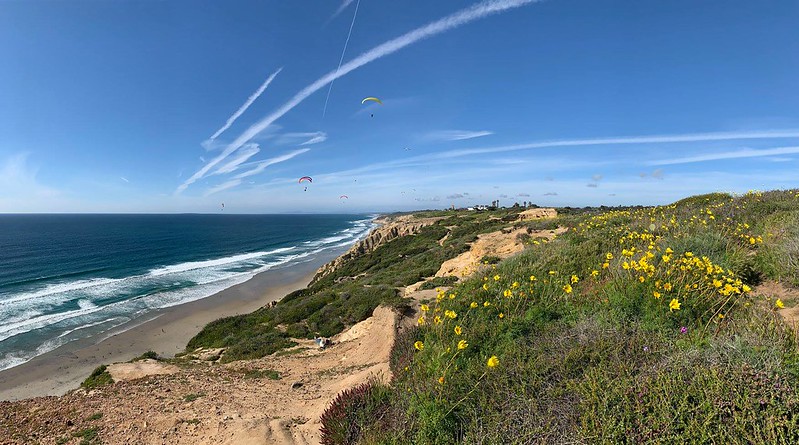 The run back was just as scenic, sun-shiny and wonderful as the way there was. I stopped and took photos. I stopped just to soak it all in. I stopped when the sun was setting at mile 19.75. 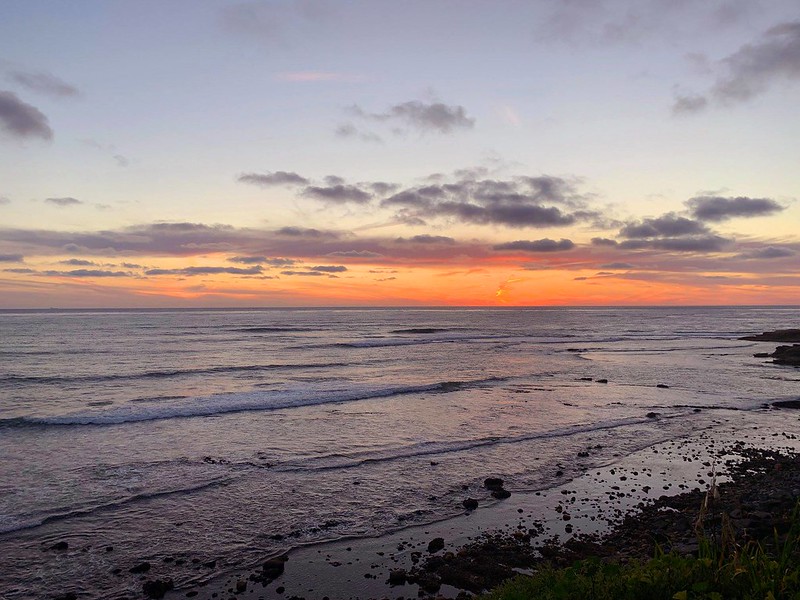 After the sunset I ran the last 0.25 and ended at a Starucks. This was a memorable twenty miler!

Twelve hours later I landed back in Madison happy to be in John’s arms. This was such an awesome trip and I feel so lucky that it all fell into place. I’m grateful for my body’s strength in all that adventure. I’m so fortunate to be where I’m at.

I’m sorry to everyone who I called a LIAR when you assured me I would break through. I’m not saying I did break through, but I’m also not feeling like I’ll spontaneously combust while running 7:45s-8:00 for four miles. 😁
#tranformationtuesday - First picture, just a few days ago at a 1 mile race. You can’t tell with this photo of both feet on the ground, but I ran my fastest mile ever in 6:50. ⠀ Second photo - December 2017, at the start of my 40 lb weight loss, around 5 lb loss at that point. 7:57. ⠀ Lots of hard work, core work, strength training, diligence in nutrition, GUTS, and humbling speed work. ⠀ Note “guts” - meaning going for paces that weren’t part of my runner identity and not being afraid of what happens if I run too fast. It’s nontraditional training, sometimes it works, other times I learn. ⠀ Turns out, “too fast” has some motivating endorphins & I really enjoy chasing after it! 😁
Still looking for that magic long run where everything clicks. Not today, but I’ll keep showing up until I find it! ⠀ 🏃🏽‍♀️ notes: 14 miles Fastest split 8:01, slowest 8:42. Didn’t walk any Arboretum hills. 40 degrees ☀️ shorts weather! ⠀
You can call me Pissy Pants. ⠀ The note reads: 1 mile @ pee yourself pace. ⠀ 6:50 at the @movinshoesmadison Subzero 1 mile race. ⠀ So 7:50s will feel like a piece of cake now, yes?