A few weeks ago a friend of mine posted about her word of intent for the year. She explained it helps her in her daily pursuits and assists with staying positive as she works towards her goals. The post got me thinking about what my word could be.

I had a hunch of what mine would be and assigned a meaning to it. Then, the 24 hours between December 31, 2018 and January 1, 2019 happened. The agenda I had planned for New Year’s Eve and Day was thwarted by snow, of all things.

I love snow. I’ve been whining about it not snowing for the last few weeks. It finally arrived, on the night I was to drive 110 miles north of Madison. John and I got on the interstate and it was not long before we surrendered to the conditions and had to turn around. There were too many cars in the ditch to count, we were only driving 25mph. We wouldn’t have made it to our destination in time. Again, I love snow, but the timing was maddening.

After two hours of holding our breath on the interstate back to Madison we needed a release, and that would be a fun night of craft beer bar hopping on our fat-tire bikes. It was the fun we needed after those stressful couple of hours in the car. We made new friends, drank great beers, had dessert, dashed through the snow, and broke the silence of the night with giggles from our fat-tire bikes.

The next morning I had plans to join my favorite running store’s group run. When I woke up it was a picture-perfect snowy wonderland out. Have I mentioned I love snow? I couldn’t pass up the rare opportunity to get on my cross country skis for the first time in what feels like years.

As we were getting ready, my coon hound Ziggy was losing his mind, possibly remembering the scent of the cross country ski boots? He was pacing around, whining, …really not too far off of his ordinary behavior, but I knew he needed this just as much as I did. Instead of going to the peaceful park I imagined I took us to a state park where there’s a small cross country ski loop that allows dogs. He’s not trained to properly ski-jour, actually he’s pretty much the worst ski partner to bring.

After letting go of my New Year’s Eve plans, the group run, I was prepared for the cross country ski trip with my dog to be a challenge too. Letting go of any expectations, we ended up having a wonderful time, even with Ziggy being a pain in the ass! He literally rubbed his face in animal poop. I can’t make this up.  But the trails were gorgeous with glistening snowy-branched trees, blue skies and winteresque clouds in the distance. 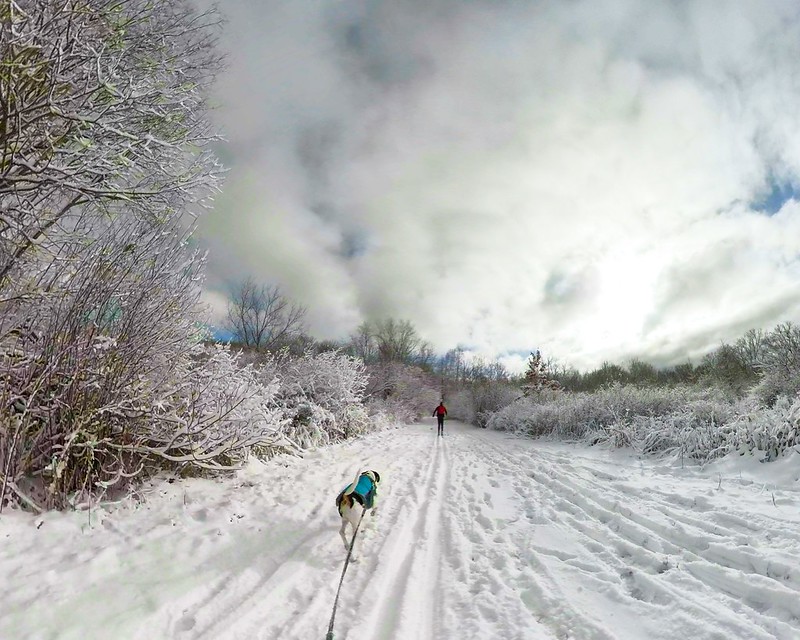 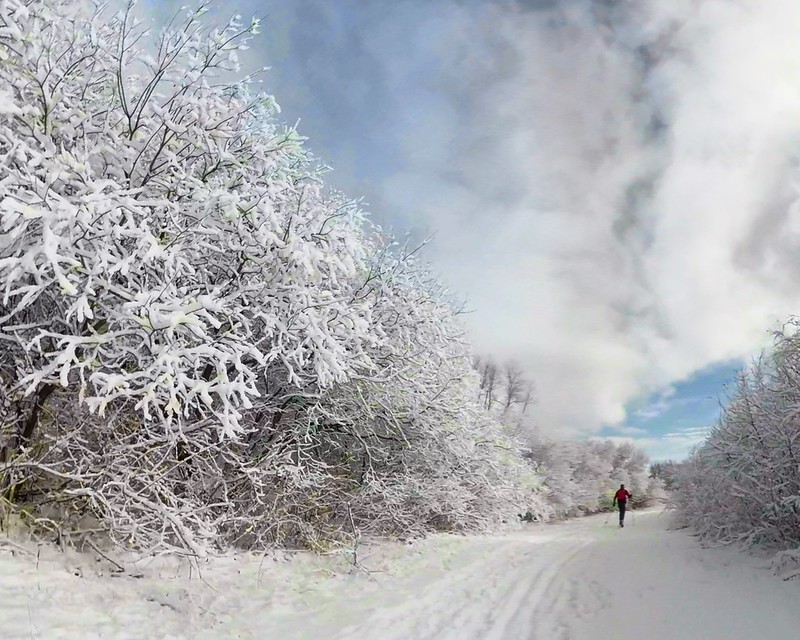 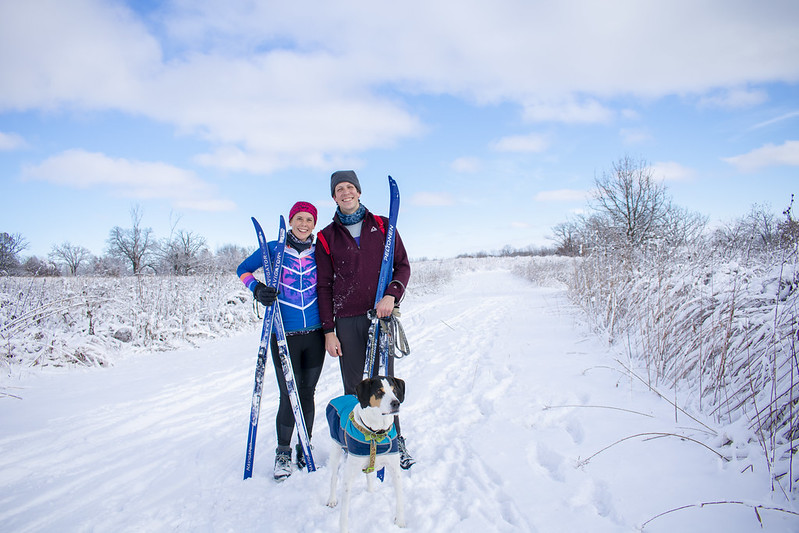 None of our plans went as planned in those 24 hours, and it was perfect. It screams the “How wild it was, to let it be” quote by Cheryl Strayed. It’s confirmation of the word of intent I have chosen for 2019; wild.

“To be wild and free means to live from a place of your inherent worth and value. It means owning your imperfections as much as your strengths as worthy and valuable parts of yourself”

The word wild has so many meanings for so many situations of weakness when I need to choose positivity. This is just the start.