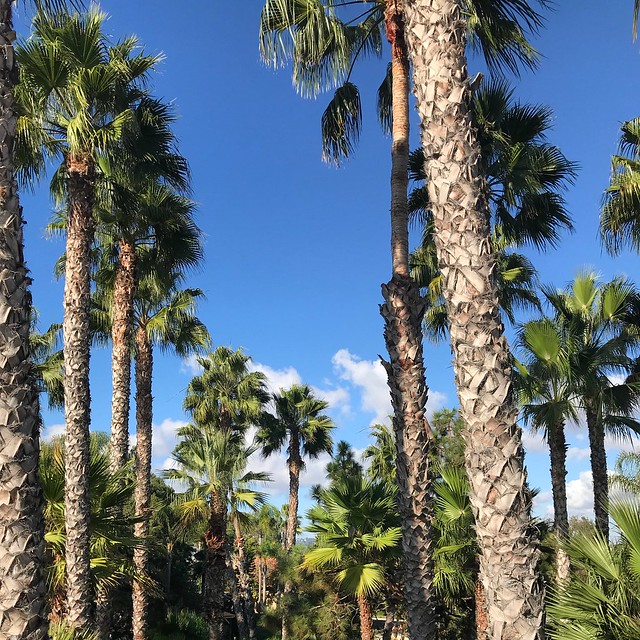 I had the pleasure of spending my 36th birthday in San Diego surrounded by some amazing, strong, fearless women that Fellow Flowers brought together for an event called Rock Retreat Run. It was a true gift to just be there. I’ve never seen the ocean before and I don’t remember the last time I saw a palm tree, if ever.

I arrived the night before the event started, with aspirations of waking early to get in a long run by the ocean. Waking up on Thursday morning with only five hours of sleep I dropped the idea of a long run. Instead I would just run a couple of miles.

Little did my directionally challenged self know, I was headed towards the ocean. As I was running, I saw a group of girls running with flowers in their hair ahead. I hustled as best as I could to catch up and see if I might know any of them. I didn’t, but said hello and kept running. When I hit mile 2 I stopped to pull up a map on Strava, wondering how close I might be to the ocean. Strava showed me it was a quarter mile to the right!

I turned right and saw blue. Blue forever. Wow, so much wow. I stumbled onto the beach sand and soaked in this moment of awe. There it was, the freaking ocean.

A few minutes later the girls I had passed during my run found me, and they joined in on the enthrallment of the ocean. One of them suggested to me that I put my feet in. At first I objected, no way, I was on a run! I had to run back to the resort! But the ocean excitement got me, I did it. It was everything that I hoped for and more.

On Sunday after the Rock Run Retreat event, I went on an ocean kayak tour with a few friends. We were guided into a small cave and learned some history of the homes on shore. When the tour was over the guide instructed us on how to safely ride the wave back to shore. My kayak partner Michelle looked at me and grinned, “Hold my beer”

We rode a wave, and the ocean spewed us into a hilarious kayak belly-flop. It was the most hysterical and memorable part of this trip.

I have so many thoughts and feels after attending Rock Retreat Run, but I’m letting them simmer for a bit.

Having ‘snow’ much fun at @thewatersofminocqua ❄️☃️💙
Same Ziggy, same. Two hour trainer ride, French toast, nap. 👌 Sunday.
This was not a bright & shiny, positive-YAY run. It was an impatient, cranky, FIND A WAY, run into 20 mph wind on 1.4 mile loops for 16 miles. It’s done, I have coffee, my fireplace is on and I’m less cranky now. 😇
Who is this weirdo smiling during a 5K on ice in 20mph wind next to the lake? I don’t recognize. ⠀ This weirdo has a treadmill question - I’ve read/heard that you should run on 0.5 incline on the treadmill because it’s more real-feel to outside. True? False? Myth? ⠀ Confession- I start on 0.5 but when it feels tough I go down to 0. 🤭 I knowwww varied terrain is better, but while there is ice outside & I am doing speed work for operation wtf-am-I-doing-BQ I will be fighting with the treadmill.