Two posts in one week? What is this, taper time or something?

Steena’s Big Fall & Smashed up Knee Update:  It’s okay. On Sunday after my fall instead of stupidly going back out there to try to finish my run I lounged on the couch all day with an ice-pack, ibuprofen, and a rum & diet. Monday I continued to ice my knee like a champ, and tested out its range of motion on an Arc Trainer. After about ten minutes of the Arc Trainer it stopped being a bother, I think blood flow helped! After work on Monday I went for a test run, to stupidly finish those last six miles. Just like on the Arc Trainer after ten minutes I stopped feeling the bother. Blood flow is magic!

During those six stupid miles my legs felt so sluggish and lazy. After a few weeks of really great runs, feeling strong, it worried me. I did taper wrong, somehow. The fall. The weekend with only 2 miles of running, I’m doomed.

I tried not to worry too much, and ventured off of the beaten path. The beaten path being Madison’s famous out and back section of Picnic Point. It’s really pretty that way, especially this time of year! Go see it! Off of the beaten path I found a world of trails that I never knew existed. I kept trotting down this rabbit hole of trails, knowing I was racing daylight and the potential for another fall. But it was SO PRETTY, I couldn’t stop, even though my lazy legs wanted to. Actually, I had to stop and walk up some of the hills. Why does this feel so hard? Later I remembered the thirty minutes I spent on the Arc Trainer in the morning. 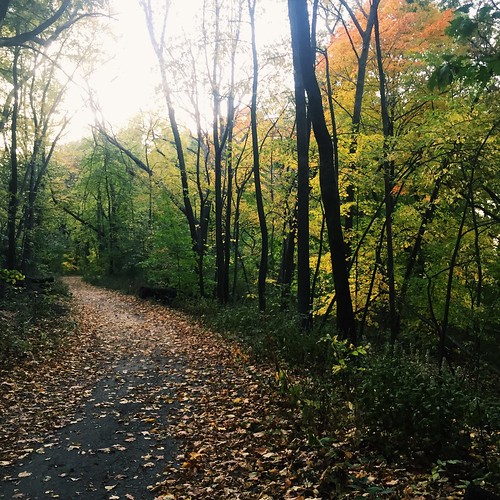 Losing myself in these trails was that nudge I needed to embrace the fact that not everything goes as planned. As a triathlete, I should already have that ingrained in my head! But for this marathon, I’m a little bummed at how things have panned out before the big day. John is likely to DNS because of his strained abdominal muscle. We trained together, I took comfort in his company, I banked on him getting me to the finish line with a PR. Now I need to be strong all on my own.

And our couples costume doesn’t make sense if he’s not running with me.

My final long run didn’t go as planned, and it took a dramatic, yet beautiful detour. I fell down, I got back up again. I’ll have to do that on Sunday, except, you know, stay on course and not fall on my face.

One more picture, because it was too pretty not to be shared! 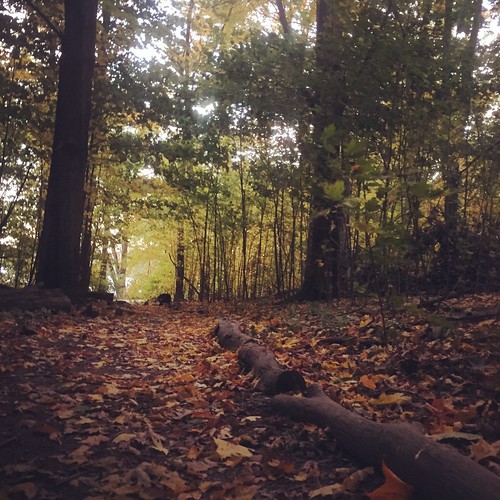